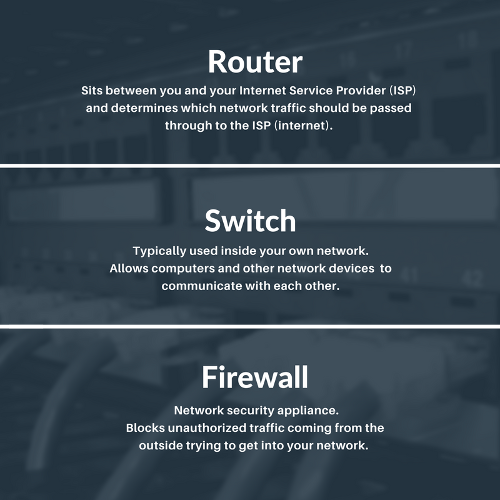 In 2015, the FCC updated its definition for Broadband internet, increasing the minimum threshold to 25Mbps (megabits per second) for download speeds. Modern consumer-grade routers can handle even faster speeds, usually of up to 1Gbps (gigabit per second). But what do these numbers actually mean? Also, how does wireless impact internet speed? In this blog post, I break down the numbers, explain why your internet probably isn’t as fast as you think it should be, and explain why wireless internet is never as fast as an internet connection with a LAN (local area network) cable.

The advertised speed provided by your ISP (Internet Service Provider) is one of the most misunderstood concepts about how fast an internet connection really is. Here’s why: In the computer world, there are things called “bits” and other things called “bytes” that store digital information. There are 8 bits in a byte.

Here in Chattanooga, many residents get internet from the local power company, EPB, which has made a name for itself nationally as one of the best (and fastest) Internet Service Providers. With their slowest plan (100Mbps), you could theoretically download a 25MB file in about 2 seconds.

But here’s the other thing: The speed between a server and a computer is only as fast as the weakest (think: slowest) link. Typically, there’s several routers between your home internet connection and a website on the web, maintained by different internet service providers. Any one of them (or even the server itself) could easily be bogged down by a spike in internet traffic coming from other sources, slowing the connection down for everyone. So the fact that your ISP provides you with a certain speed does not necessarily mean you will always download files at that speed.

How does wireless impact speed?

The capable speed that is advertised with a wireless router is a number that was achieved in near-perfect conditions, in a lab environment without any radio interference. In reality, the speed that your computer will get when connected to a wireless router is much less than the advertised speed. There are several reasons for this. Walls and other structures reduce signal strength. Distance is a huge factor: the further away you are from the wireless router, the weaker the wireless signal). The presence of other wireless networks can sometimes make a difference, as other wireless signals can, quite literally, “clog up” the airways. As a result, you will never have a connection over wireless that is as fast as your connection if you plug your computer into the router with a LAN cable.

Hopefully this has been helpful. To learn more on the topic, read about the differences between routers, switches and firewalls in this blog post from 2013.