“The Gig”: What it means for Chattanooga

As many of our readers know, we are located in Chattanooga, TN, the first city in the Western Hemisphere (and one of the only cities in the world) to have gigabit-speed internet available to all homes and businesses in the region. With high-speed internet come many potential advantages. 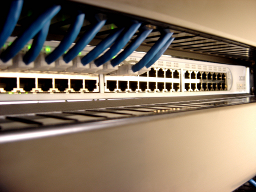 Organizations in Chattanooga are trying to take advantage of what “The Gig” has to offer. The possibilities of what people in homes and businesses in the region can do on the internet are dramatically increased.

For the last two years (especially in the summer), organizations such as Chattanooga’s own Company Lab and Lamp Post Group have hosted events and competitions, such as the Gig Tank, promoting Chattanooga’s fast internet. Students and information technology professionals from around the world have come to Chattanooga to develop new ideas, applications, and products that require high internet speeds.

Chattanooga’s high speed internet has already been showcased a number of times. In the fall of 2012, a concert was hosted here in which Chuck Mead, at Track29 (a local concert venue) performed a duet with T-Bone Burnett, who was located in his studio over 2,000 miles away in Los Angeles. More recently, the world’s first live 3D Stream, recreated a snake (located in Chattanooga) for an audience in Chicago. Chattanooga’s high speed internet can eventually be used for other things as well, such as for medical purposes (surgeons advising on a complicated surgery from a remote location, for example). The possibilities seem to be endless.

So it may come as a surprise to our readers when I say Chattanooga’s high speed internet is (currently) more of a talking point than anything else. Sure, it is worthy to brag about, and Chattanooga residents certainly do like to brag about our city. But the power of “The Gig” is not what it is. The power of gigabit internet speeds is the potential that it brings for future uses and innovation.

Too much emphasis is also being placed on projects and ideas that don’t actually require gigabit internet speed, or on projects that only a handful of companies would use who already have a high-speed internet connection. Most, if not all, sizeable cities in America already have extremely fast fiber links available of even up to 10gbps or more. The difference between these cities and Chattanooga is that the speed is only available to a few locations in the city (such as datacenters), whereas in Chattanooga, the speed is available to any home or business (for a hefty price tag).

Due to the lack of products and services that actually require a gigabit connection, very few people are willing to pay the price for such a connection. As a result, I argue that Chattanooga’s competitive advantage is partly a moot point.

Organizations such as Lamp Post Group and the Company Lab are certainly headed in the right direction. They have worked hard to bring talent to Chattanooga in the form of people who have creative ideas and the necessary entrepreneurial spirit.

But the city must not stop trying to bring innovation and talent to the region. Projects and competitions are a good start. But longer term partnerships with companies and individuals dedicated to building products and services that actually require a gigabit connection should be the priority. Cool apps and websites that simply stream 2-D content only require a small fraction of 1gbps, so those types of projects don’t count.

One of my favorite movie quotes of all time is, “With great power comes great responsibility” (Uncle Ben talking to Peter Parker in Spider Man which came out in 2002).

Chattanooga has something that very, very few cities on earth currently have, and with that power comes a responsibility to use the Gig well, and develop products and services that actually need a gigabit connection and that will truly benefit mankind. Until the emphasis moves away from talking about what we currently have TO developing products and services that actually need the Gig (or at least a faster internet connection than is available in most US cities) we will not be as innovative as many think we are.

(Banyan, a Lamp Post Group backed company, is a great example of such a project that is bringing innovation to Chattanooga and using the gig “responsibly”).